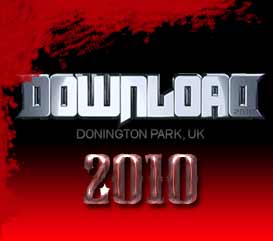 So in case you haven’t heard the news, the Download Festival 2010 is within range of a piss-filled beer glass (plastic, of course). And to celebrate we’re nabbing a few Youtube videos (of some of the rockingest acts who will be there) from the interweb and passing them off as our own. This vid features Californian band known as Deftones. These guys have been around since 1988 and have 6 studio albums out there with the latest, Diamond Eyes being released in May 2010. The band are touring USA this Autumn but before they do, they’re hitting Donington Park and the Download 2010 Festival with everything they have. Which is a lot. They’ll be on the Maurice Jones Stage on Saturday at 7pm, immediately before Download Saturday headliners Rage Against the Machine. Check out the video for the first single from Diamond Eyes – Rocket Skates: