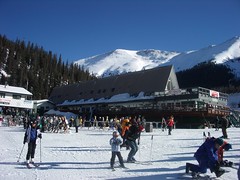 Are you the sort of person who starts things then never finishes them? Hands up those of you who start something new and then the following week move onto something else because the first thing was:

I think this probably covers about 90% of us. I’ve been playing guitar for 10 years now (I started late) and I would have to say most of the first five years was spent messing about. I got the basics down by attending a college course in introductory guitar (which I see is pretty much covered for free in the guitar basics section of this site) but I didn’t get any better because I just messed around too much… leaving the guitar unplayed for weeks,sometimes months on end. Occasionally I would get motivated and buy a guitar tuition DVD or the the odd issue of a guitar mag or something like that but as soon as I encountered something difficult I would try something else and vow to come back to it. I seldom did. I actually became more addicted to buying these DVDs and magazines without ever actually using them. I never completely gave up though thanks to a Jimi Hendrix quote:

“Sometimes you want to give up the guitar, you’ll hate the guitar. But if you stick with it, you’re gonna be rewarded.”
– Jimi Hendrix

So why am I boring you all this? Well, if you’ve read this far, it probably means that you can relate, at least a bit, to what I’m saying. This website (Guitar Savvy) is all about getting people started on learning to play guitar. Part of the problem, particularly for you folks who have chosen the self-study route, is that you have probably set yourself the task of “learning to play guitar”. This is a huge undertaking and you’ll still be learning to play guitar when you’re an old fart like me. It’s only when you start to break down this business of “learning to play guitar” into smaller, more manageable chunks that you begin to make progress. Imagine standing at the foot of a mountain looking up at the summit. It seems pretty damned far away, wouldn’t you agree? But that nice little log cabin on the first ridge… you know, the one selling tea, coffee, hot food or maybe a beer or two looks much closer and actually rather attractive. And the view from there must be pretty stunning. So why not try to get there first? When you’re there, you can recharge and admire the view for a while; review how you got there. Then you can look up again and see where you can climb to next. The summit is still really far away and pretty daunting so why not try for the next camp where you can spend some time in the hot tub and get some sleep (and once again, review how you got there). I don’t want to get too lost in this analogy so I hope you take my point. Breaking up a large task like learning guitar into smaller more easily digested parts is essential to your success.

Next, you need to consider your personal investment in guitar. Learning to play guitar can be a costly undertaking both in money (depending on which learning method you choose) and, probably more relevantly, in the time you need to invest in it. If you’re not able or willing to set aside at least 15-30 minutes a day for practice then don’t waste your money on expensive tuition fees, guitar DVDs, online guitar courses and guitar magazine subscriptions – you need to consider a different instrument or hobby because you’re never going to cut it on guitar without spending as much time as you can practising.

If, on the other hand you do have the time to spare and a little bit of drive and self-belief (sorry – I realise this sounds like some kind of dodgy self-help nonsense but you DO need this) then you can become proficient on guitar and maybe even a great guitar player. Most great guitarists are not born – they’re made. Slash is a great guitar player, but he became great by practicing most of his waking hours. His motivation is that playing guitar is an emotional outlet for him – this is his driving force.

So in summary, identify your personal driving force by asking yourself why you want to learn to play guitar and try to keep this in mind every time you feel like skipping a practice session – it can become your mantra – chanting is optional. Break the process of learning guitar into manageable chunks (e.g. learning open chords and how to switch between them, learning how to play arpeggio, learning legato (hammer-ons and pull-offs etc. etc.) and work through these chunks until you nail them. In the beginning these will seem a bit disjointed but as you advance you will find yourself drawing on these different guitar techniques and you’ll see how they fit together in songs.