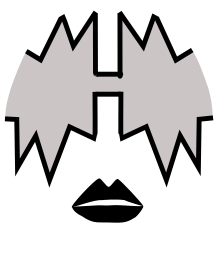 Ace Frehley is 59 today. Born in the Bronx, New York, Paul Daniel Frehley grew up to join a band called Wicked Lester guitarist (Wicked who? – the band who preceded Kiss, that’s who). Ace Frehley is famous for his Spaceman character in Kiss, as well as for his suped up Les Paul complete with smoke bombs, rocket launchers and a laser (although this was apparently ditched after a guitarist in another band (Blue Oyster Cult) allegedly managed to blind someone in the audience with his guitar laser – thanks to Billy Rankin and Rock Radio for that).

Ace left Kiss in 2002 after the band’s farewell tour but did not rejoin them on their subsequent comeback(s), focusing instead on his solo career.