Dr. James Marshall OBE is 86 today (born on 29th July 1923).  Inventor of Marshall Amps, Jim Marshall, also known as “the Guv’Nor” or as “The Father of  Loud” started out as a drum seller and teacher in London in the 1960’s, before moving on to selling 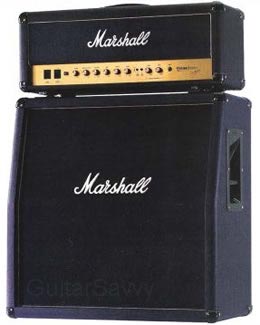 guitars and amplifiers.  It was at this time that Jim Marshall decided to have a go at making his own amplifiers, with the help of some techie friends.  Before long, he was producing bespoke stacked amplifiers for the likes of Pete Townshend and John Entwistle of the Who, Cream (Eric Clapton and Co.) and Jimi Hendrix.  Today, Marshall Amps is one of the most popular amp companies globally and Marshall Amps are used by many prominent artists including Slash, Zakk Wylde and Lemmy (Motorhead).   Modern day Marshall amps come in loads of models from the Modern to the Vintage series, valve amps to solid-state amps for guitar and bass guitar.